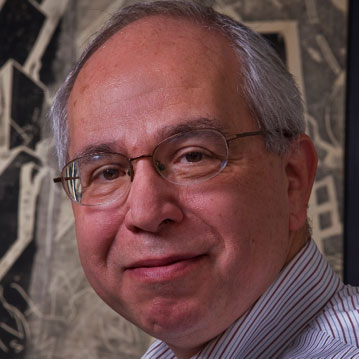 Continuous Crystallization and Purification: The Role of Impurity Incorporation Mechanism in Non-Equilibrium Processes

Allan S. Myerson Professor of the Practice Massachusetts Institute of Technology Key Words: Continuous crystallization, impurity incorporation, crystal growth, purification, MSMPR Purpose Crystallization plays a critical role in the isolation of Active Pharmaceutical Ingredients (APIs), defining several of the drug substance’s critical quality attributes for formulation. As a rate-based purification process, rejection of critical impurities requires a deep knowledge of the mechanisms that affect impurity incorporation and crystal growth. In this work, we will discuss the interplay between crystal growth and impurity incorporation in organic molecular materials, particularly at non-equilbrium conditions found in continuous MSMPR crystallizers. Crystals grown in a steady-state MSMPR crystallizer have experienced constant conditions of supersaturation, temperature, and mixing through their entire growth.1 Using this type of system, accurate estimations of crystal growth rates can be directly related to observed non-equilibrium distribution coefficients for impurities present. Methods Paracetamol Form I was crystallized from ethanol solutions with the presence of two relevant impurities: 4’-chloroacetanilide, and 4’-hydroxyacetophenone. The crystallization system was a single stage MSMPR crystallizer equipped with a Blaze 900 probe for the in situ assessment of crystal growth rates via image analysis. Parallel to the continuous crystallization experiments, suspension aging experiments were conducted to determine the API solubility and the equilibrium distribution coefficients for each impurity. The measured values were related to empirical and mechanistic models for crystal growth and impurity incorporation. Results As previously seen for multiple systems, the presence and type of impurities had a significant effect on the observed crystal growth rates.2–4 At the same time, crystal growth had a significant impact on impurity incorporation. For both impurities, the effective distribution coefficients had a thermodynamic component and a kinetic component. The first was isolated from equilibrium distribution coefficients as a main function of temperature. The kinetic component was a direct function of the crystal growth rate, by which faster growth lead to increased impurity incorporation. These results are expected and coincide with prior observations in similar studies.5 A large number of steady state MSMPR experiments was conducted to isolate the contributions of temperature and growth on nonequilibrium impurity incorporation. Based on these results, a set of mechanistic and empirical models were modified to find a generalizable expression that captures the behavior for both impurities. For both systems, the effective distribution coefficients could be calculated from the same semi-empirical function of temperature and crystal growth rate. Conclusions Understanding the interplay between crystal growth and impurity incorporation is a critical step for the effective purification of APIs during crystallization. Taking advantage of the stable growth conditions provided in MSMPR crystallizers, we have isolated the contributions of temperature and crystal growth on nonequilibrium impurity incorporation for two relevant impurities in the acetaminophen-ethanol system. The behavior of both impurities could be well predicted by a semi-empirical function of temperature and crystal growth. References (1) Randolph, A. D.; Larson, M. A. Theory of Particulate Processes – Analysis and Techniques of Continuous Crystallization; Academic Press, Inc., 1971. (2) Black, S. N.; Davey, R. J.; Halcrow, M. The Kinetics of Crystal Growth in the Presence of Tailor-Made Additives. J. Cryst. Growth 1986, 79, 765–774. (3) Kubota, N. Effect of Impurities on the Growth Kinetics of Crystals. Cryst. Res. Technol. 2001, 36 (8–10), 749–769. (4) Davey, R.; Fila, W.; Garside, J. The Influence of Biuret on the Growth Kinetics of Urea Crystals from Aqueous Solutions. J. Cryst. Growth 1986, 79, 607–613. (5) Capellades, G.; Wiemeyer, H.; Myerson, A. S. Mixed-Suspension, Mixed-Product Removal Studies of Ciprofloxacin from Pure and Crude Active Pharmaceutical Ingredients: The Role of Impurities on Solubility and Kinetics. Cryst. Growth Des. 2019, 19 (7), 4008–4018.