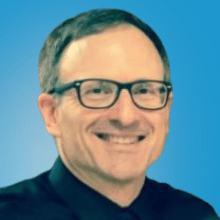 Richard is the Managing Director of Blaze Metrics, a company that designs, develops, and assists their customers to implement and apply cutting edge In-Process Microscopy, Spectroscopy, & Analytics from Lab to Plant. Richard became the Managing Director of Lasentec (Laser Sensor technology, Inc) in 1992, where he led the development and pioneered the application of FBRM, PVM, and the combined FBRM/Raman. In 2001, Richard sold Lasentec to METTLER TOLEDO where he then held the positions of PAT Particle Characterization Business Unit General Manager, then Innovation Manager and Strategic consultant through 2011. He and his team were responsible for the development of all FBRM and PVM still sold today. In 2014 he and his former Lasentec technology pioneers founded BlazeMetrics, where once again Richard and his team are designing, developing, and pioneering the application of cutting edge PAT technology.   Keynote Presentation: Amorphous or Crystalline? Using Next Generation PAT to Track API Particle Attributes for Enhanced Downstream Processability